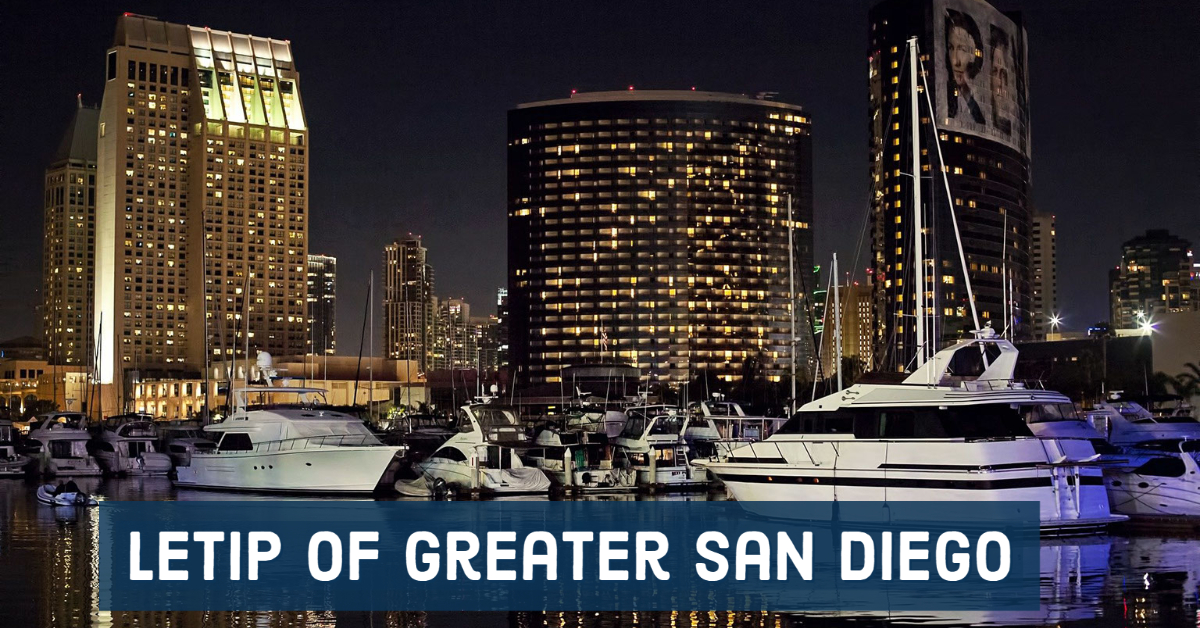 LeTip of Greater San Diego has an impressive 34 year tenure and hopes to celebrate their 35th anniversary in person this year. Andy Kimari, chapter founder, is still an inspiring and motivating member each week. He is one of LeTip International’s Purple Badge holders, sponsoring in excess of 100 members!

Current Chapter President, Toni Petruzzo, shares: “When I first attended a chapter meeting as a guest, I really didn’t want to get up early and drive through traffic to be at a 7 am meeting. When I arrived, I could hear the people greeting each other and so much laughter coming from the room. Everyone was so friendly and made me feel at home. By the time I left the meeting, I was so impressed with everyone’s friendliness, professionalism and energy! I was ready to take on the world!”

The pandemic hit LeTip of Greater San Diego’s membership very hard. Many were unable to work or leave their homes and, in fact, some members are still struggling today. The chapter decided to halt the quarterly chapter dues until their membership was able to walk on steady ground. As Southern California continues to experience lock downs, the chapter had to get creative with their tips. Deciding that a qualified tip would be a Yelp and Google review or Instagram and Facebook posts. They quickly understood if they can’t service people, they can service their business and boost their reviews. KD Lindsey, chapter VP and Pet Sitter of the group, would have the gold tip cup on the screen. Whenever someone had a tip, she would put a small doggie biscuit in the tip cup so her dog, Ace, could have a treat! What a great way to promote tipping for the chapter and keep her category top of mind.

Genuinely wanting to do in person visitations, the membership decided to meet at Strawberry Fields, in Carlsbad. They wore masks and kept their distance but were able to see each other and have a great time! Again, in October but this time at the Pumpkin Patch. Assigned visitations are also working out well with a phone call or meeting via Zoom. Those who completed their assigned visitations were entered into a drawing at the end of the month and had an opportunity win $25 in LeTip bucks.

LeTip of Greater San Diego grabbed ahold of this new socially distanced world and held a virtual Halloween party. LeTip bucks were given as prizes for best costume, most creative, etc. To continue the holiday trend, the first meeting in December was themed The Ugly Sweater Contest. As the year came to a close, a virtual Holiday Party was planned. The chapter’s caterer, Maggie Pinon, had food available for everyone to pick up and she also showed the chapter how to make a signature cocktail during the party. They sang songs, played games, issued awards for Top Tipper and Perfect Attendance, thus having a great virtual event. “Everyone is a success story in our chapter as far as I am concerned. We are surviving in the pandemic and we had a signature song in our Holiday party that we all sang together karaoke style. Lean on Me, by Bill Withers. That song really brought out the true meaning of our LeTip family and how much we mean to each other. Our 2021 goal is to help each other succeed not only in business, but spiritually, emotionally, physically, and mentally.” Chapter President, Toni Petruzzo.

Lastly, the chapter had members who simply couldn’t afford their International dues, despite Corporate’s continued efforts to offer assistance during these difficult times. Once again, LeTip of Greater San Diego linked arms. Combining grit and grace, the chapter created the Angel Fund. A voluntary contribution (by chapter members) to an account specifically set aside to help those members who are in financial need of paying their International Dues. LeTip is Family! 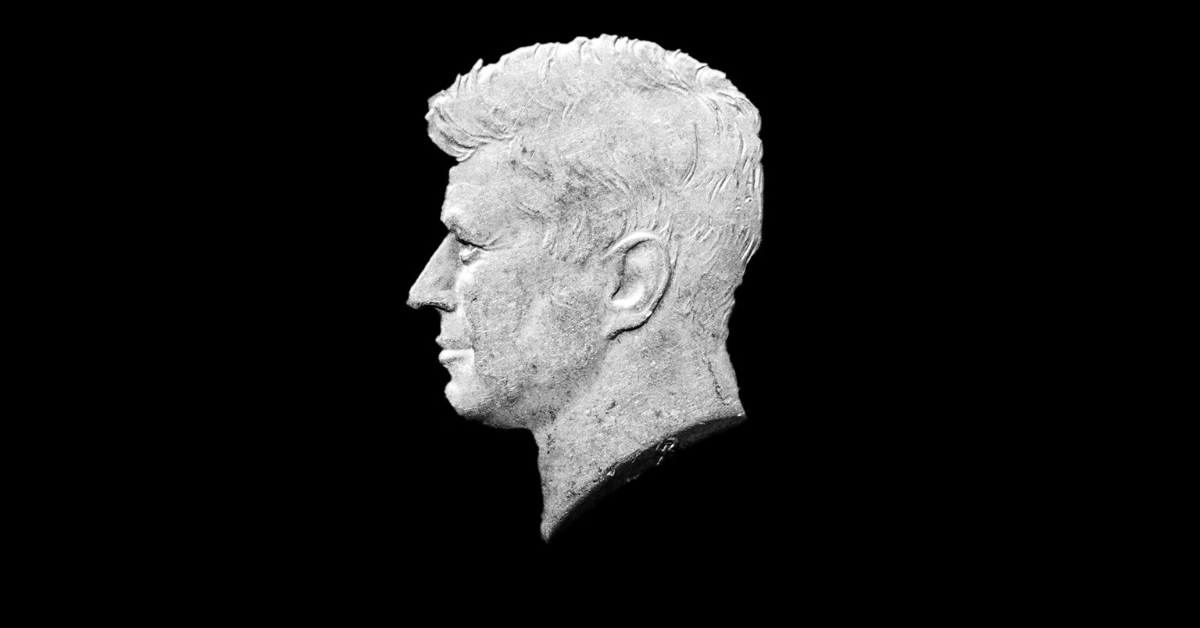 So You Want to Become the Kennedy’s Currently in the United States we have a dismal record of losing 65% of the family wealth in the second...

END_OF_DOCUMENT_TOKEN_TO_BE_REPLACED 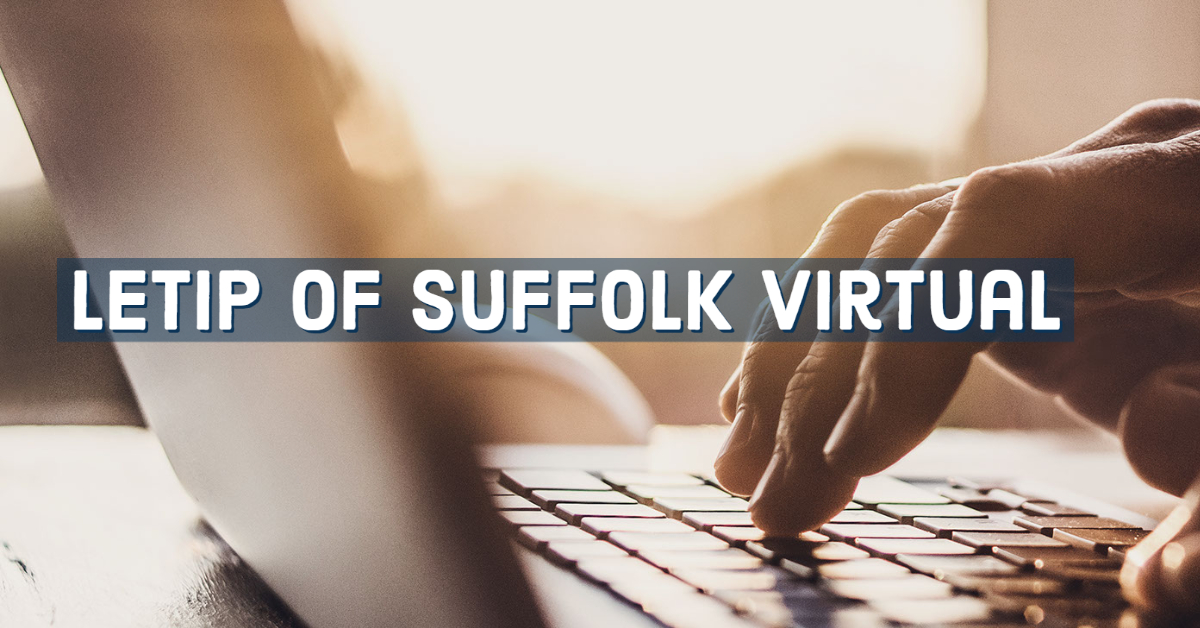 LeTip: How did you start a Virtual chapter? Member, Lori Anne De Iulio Casdia: The How to start a chapter is easy with LeTip. The why is perhaps a...