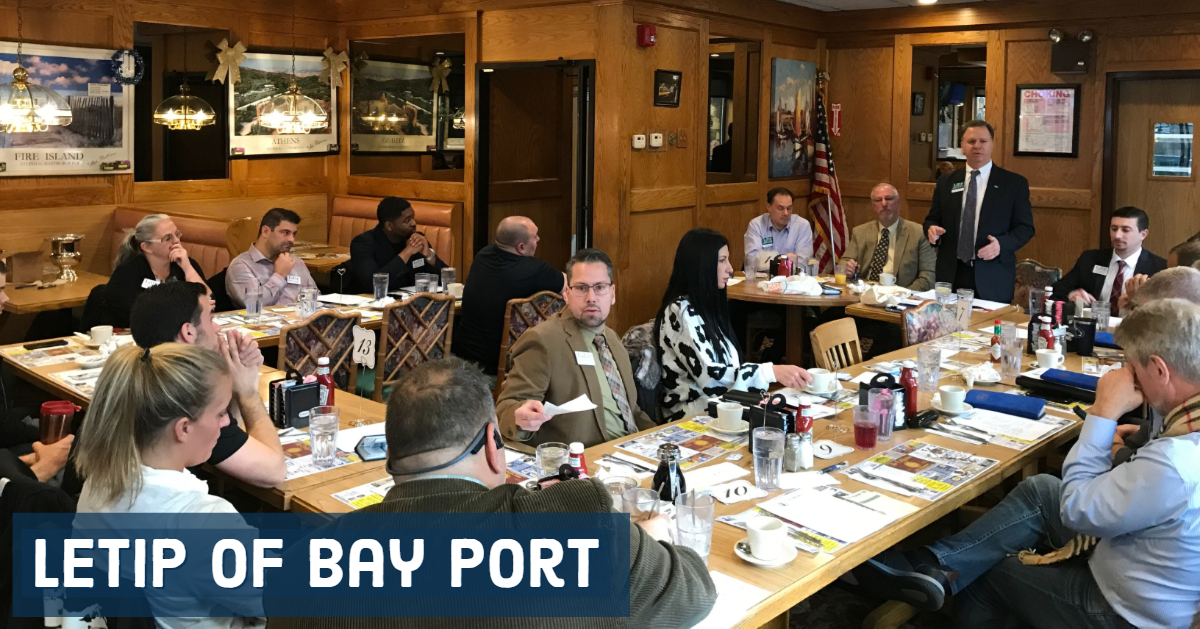 “The Phoenix Rises Out of the Ashes”

“The four of us looked around the room in disgust, and then we looked at each other with even greater disdain. We were p&*#ed off! Twelve seats around the table and there were twice as many empty chairs as occupied ones. It was a cold, windy January morning on Long Island, but that is still no excuse to have such a dismal turnout for a LeTip meeting. The four of us together vowed that we were going to rebuild the chapter that was clearly on the brink of extinction.

LeTip of Bayport was started just 6 months earlier by Tom Lupski, a man that I (John Tsigakos) never met due to him falling gravely ill within weeks of the first meeting. A few months later, Tom had tragically passed away and some of the founding members decided to move on, either physically or mentally. The chapter needed a reboot.

Our chapter leadership visited other local meetings to learn how a successful LeTip meeting is conducted. And with the constant support of our chapter godfathers, Rick Levine and Mike Barba, we set out to rebuild a “broken” group.

You can’t have a good flow of quality tips without growing the chapter with a solid collection of great people. So, we focused first on recruiting those great, like-minded people into our chapter. We set a goal of 21 members by the end of 2019, net of those who had mentally checked out. I am happy to report that as of November 21st, we stand at 26 members, with 4 more lined up to be voted on at the next meeting on December 5th, and we’ve moved the goal post further out to target 40 by year end. The group is so energized that our top recruiter, Peter Muratore (who will soon have his Silver badge, though he only joined our team 4 months ago), our Membership Chair Bill Stanton and I believe we can hit 50…..who can argue that 50 is not the right number, or who would dare to discourage that kind of enthusiasm?!!!……….for those wondering, the answer is “NO”, we do NOT drink at our meetings……

On behalf of my fellow board members, Mike Manfredi, Rob Young, Bruce Rothenberg, Bill Stanton and Kevin Givens, we are looking forward to going to battle with our crew and having a prosperous and healthy 2020 together!!! And a special shout out to our program director, Greg Torkelsen, who was the one non-board member among the 4 who made it to that meeting on that pivotal “turning point” day last January.”